Dashain is the longest and the most auspicious of all the Nepali festivals and is celebrated on the occasion of victory over evil. It is celebrated during the month of Kartik; starting the last week of September and continuing through the first week of October. The celebration lasts for fifteen days where Dashain starts until the day of Ghatasthapana. On Ghatasthapana, people sow seeds of corn in a tiny vessel filled with clay and water. The vessel is put in the prayer room. People pray to the Goddess Druga each morning is prayed for each day during the nine day period of the festival. On the 10th day, people call to Dashami and it is on this special day that we put Tika on our foreheads and receive blessings from the elders. During this time, all the public offices are closed to allow for everyone to have time to interact with their relatives and can share in their love and sorrows.

Many people travel to the homes of their relatives to put Tika on their foreheads. The tradition of putting on Tika lasts until Chaturdarshi which is the last day of Dashain. The major attractions of Dashain are the vibrant environment, clear skies filled with colorful kites, gathering of relatives, joyful children, crowded markets, kite flying competitions, delicious food and drinks, the beautiful clothes, joy and the entertainment which all comes together to add to this colourful festival.

Dashain is the longest and the most auspicious festival in the Nepalese annual calendar which is celebrated by all castes and creeds throughout the country. The fifteen days of the celebration occurs during the bright lunar fortnight and ends on the day of the full moon. Throughout the kingdom of Nepal the goddess Durga in all her manifestations is worshipped with innumerable pujas, abundant offerings and thousands of animal sacrifices for the ritual holy bathing, thus drenching the goddess for days in blood.

Dashain commemorates a great victory of the gods over the wicked demons. One of the victory stories told is the Ramayan, where the lord Ram slaughtered Ravana; the fiendish king of demons after a big struggle. It is said that Lord Ram was successful in the battle only when the goddess Durga was invoked. The main celebration glorifies the triumph of good over evil and is symbolized by the goddess Durga slaying the terrible demon Mahisasur, who terrorised the earth in the guise of a brutal water buffalo. The first nine days of the festival signify the nine days of the ferrous battle between goddess Durga and the demon Mahisasur. The tenth day is the day when Mahisasur was slain and the last five days symbolise the celebration of the victory with the blessing of the goddess. Dashain is celebrated with great rejoicing with goddess Durga being worshiped all throughout the kingdom as the divine mother goddess.

In preparation for Dashain every home is cleansed and beautifully decorated and painted as an invitation to the mother goddess to welcome her so that she may visit the house and bless it with good fortune. During this time there is a reunion of distant, as well as, nearby relatives in every household. The market is filled with shoppers seeking new clothing, gifts, luxuries and enormous supplies of temple offering for the gods, as well as foodstuffs for the family feasting. Thousands of sheep, goats, ducks, chicken and water buffalo are prepared for the great slaughter. All types of organisations are closed for ten to fifteen days. Labourers are almost impossible to find; from the rich to the poor; alike, as all are in a festive mood. Everywhere you go the aroma of “Vijaya Dashami” is found.

The first nine days of Dashain are called 'Nawa Ratri' when tantric rites are conducted. In Nepal, the life force is embodied in the divine energy and power of the female which is depicted as the goddess Durga in her many forms. All goddess who emanated from the goddess Durga are known as devis, each with different personas and powers. In most mother goddess temples the deity is represented simply as a sacred Kalash; a carved water jug or multiple handed goddess, who holds deadly weapons. During this nine day period people pay homage to the goddess. It is believed that if she is properly worshiped and pleased then good fortunes are on the way but if she is angered through neglect then misfortunes are in the future. The Mother Goddess is the source of life and all things.

The first day of Dashain is called 'Ghatasthapana', which literally means "pot establishing." On this day the kalash, or holy water vessel, symbolises the goddess Durga and often her image is embossed on the side of the vessel which is placed in the prayer room. The kalash is filled with holy water and covered with cow dung on to which seeds are sown. A small rectangular block of sand is made and the kalash is put in the centre. A surrounding bed of sand is also seeded with grains. The Ghatasthapana ritual is performed at a particular moment in time which is determined by the astrologers. At that time the priest invokes a welcome, requesting the goddess Durga to bless the vessel with her presence.

The room where the kalash is established is called 'Dashain Ghar'. Generally women are not allowed to enter the room where Dashain puja is being conducted. A priest or a household man worships the kalash everyday; once in the morning and then in the evening. The kalash and the sand are sprinkled with holy water everyday and it is shielded from direct sunlight. By the tenth day, the seed will have grown into grass which is five to six inches long. The sacred yellow grass is called "Jamara." And is bestowed by the elders atop the heads of those who are younger during the last five days when Tika are put on. The jamara is taken as a token of the Goddess Durga as well in addition to the elder's blessing.

In Fulpati, the royal kalash filled with holy water, banana stalk, jamara and sugar cane are tied with red cloth and is carried by Brahmans on a decorated palanquin under a gold tipped and embroidered umbrella. The government officials also join the fulpati parade. With this, the Dashain feasting starts.

The eighth day is called the 'Maha Asthami': The fervour of worship and sacrifice to Durga and Kali increases. On this day, many orthodox Hindus will be fasting. Sacrifices are held in almost every house through out the day. The night of the eighth day is called "Kal Ratri;" the dark night. Hundreds of goats, sheep and buffaloes are sacrificed at the mother goddess temples. The sacrifice continues until dawn. While the Puja is being carried out, great feasts are held in the homes of common people where large amounts of meat are consumed.

The ninth day is called 'Nawami': Temples of the mother goddess are filled with people from dawn until dusk. Animals; in particular, black buffaloes are slaughtered to honour Durga, the goddess of victory and might to seek her blessing. Military bands play war tunes, guns are fired and officers with beautifully decorated medals stand in full uniform. When the function ends the courtyard is filled ankle deep with blood. On this very day the god Vishwa Karma, the God of creativity is also worshiped. All factories, vehicles, all machinery and all equipment from which people make a living is worshiped. Sacrifices are also made in the name of all moving machinery like cars, airplanes, trucks, etc. in the hopes of receiving the blessing of the goddess Durga for the protection of vehicles, as well as, their occupants to ward off accidents during the coming year. The entire day is colourful.

The tenth day is the 'Dashami'. On this day we receiveTika and jamara from our elders and get their blessing. We visit our elders in their homes and get Tika from them while our younger ones come to our home to receive blessing from us. The importance of Dasain also lies in the fact that on this day distant family members and relatives come for a visit to receive tika from the head of the family. This function continues for four days. After four days of rushing around and meeting relatives Dashain ends on the full moon day; the fifteenth day. On the last day, people stay at home and rest. The day of the full moon is also called "Kojagrata,'" which means, "who is awake" and the Hindu goddess of wealth; Laxmi is worshipped. On this day, the goddess Laxmi is offered an invitation to visit each and everyone.

After Dashain, everything returns to normal. After receiving the blessing of the goddess Durga people are ready to work and acquire virtue, power and wealth. Dashain is therefore not only the longest Nepali festival but is also the most anticipated of all the festivals of Nepal. 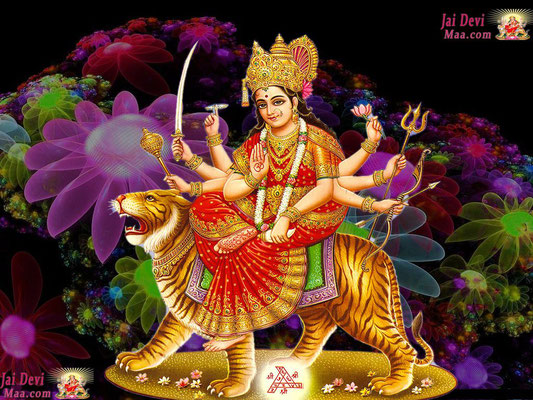 Together for Peace & Development

Meet the Team & their Mission